Then he moved and I held him back…. walking with Dante. 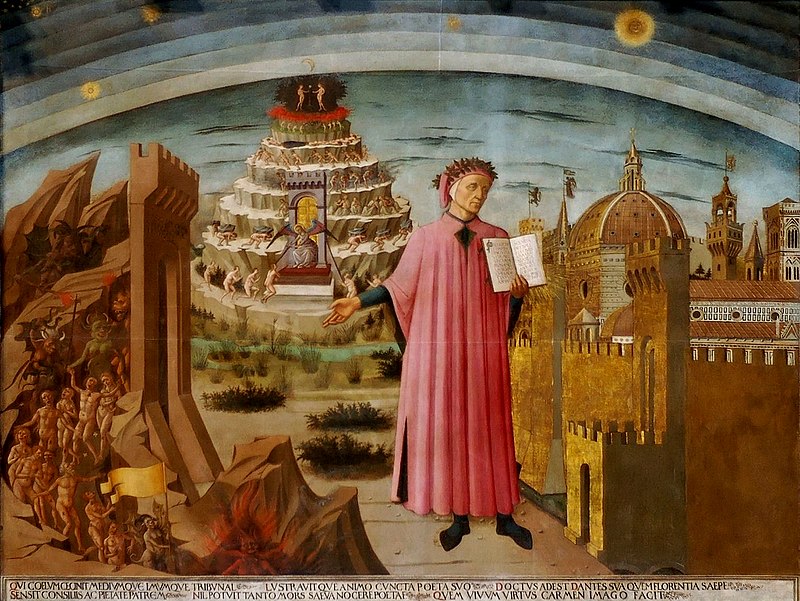 Tiberius International offers the opportunity to attend a  interesting cycle of lessons on Dante Alighieri: the father of the Italian language.

You will be able to deepen the  life, works and importance  of the  Supreme Poet : the birth of the Italian language  from the Latin of the ancient Romans to the medieval vulgar .

Through  interactive and engaging lessons  the student will be able to relive the story of Dante ; are also provided guided tours and excursions  in the “ Dante’s places ”Near our school such as a Ravenna , ancient capital of the Western Roman Empire, which houses the remains of the author of Divine Comedy.

The cycle of lessons includes the following program:

Who is Dante Alighieri?

His life , the meeting and the untimely death of Beatrice , the political misfortune and exile from Florence , the expectation of a renovation political and social.

Introduction to Divine Comedy and in-depth analysis on Canto I of Hell.

Reading and commentary of the following songs:

The love story of Paolo and Francesca the real Romeo and Juliet! 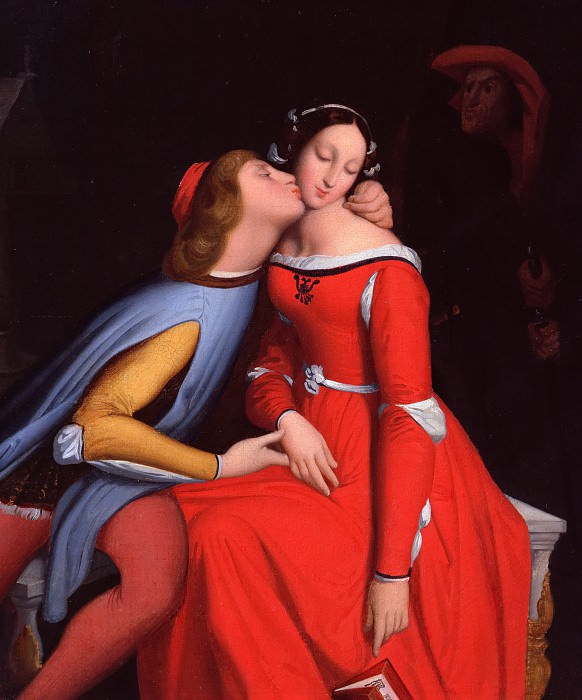 They are the protagonists of the Canto V  of Hell , placed between lustful  of the II Circle . Francesca was the daughter of Guido il Vecchio da Polenta, lord of Ravenna , who after 1275 he married Gianciotto  Malatesta, the deformed son of lord of Rimini. Paolo was the brother of Gianciotto and was captain of the people a Florence  in 1282-83. According to the account of Dante However, of which there is no trace in the chronicles of the time, Francesca had an adulterous relationship with her brother-in-law Paolo and the two, surprised by her husband, were both murdered.

In the infernal episode, Francesca is the only one to speak, while Paolo is silent and weeps at the end of the woman’s story. The two souls fly side by side in the infernal storm that drags the lustful and Dante asks Virgil for permission to speak with them; Francesca first introduces herself and remembers the murder suffered by her husband, then (at Dante’s request) explains the cause of their sin, or rather the reading of the novel by Launch llotto and Geneva  which prompted them to enter into a love affair.

Francesca is presented as an educated woman , expert in love literature (indirectly quotes Stilnovo e Andrea Cappellano , therefore he knows the dictates of courtly love). Through his character Dante makes a partial retraction of his previous poetic production (stilnovistica and, above all, of the Petrose ), that having love as an argument could push the reader to put literary examples into practice and fall into the sin of lust. Francesca is the first damned who gives a speech in Hell  Dante, while Guido Guinizelli  (quoted indirectly by the woman) and the Provençal troubadour Arnaut Daniel  they will be the last penitents to dialogue with Dante in Purgatory  ( Canto XXVI ), also guilty of lust and producers of that love literature of which Francesca had been a passionate reader.

Dante's places combined with the course 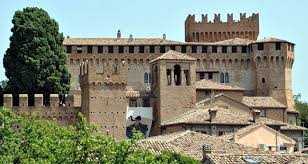 The Borgo and the most beautiful beach in Italy!

The history of the Gradara Castle owes its fortune  to the enviable  position that  makes it, since ancient times, a crossroads of traffic and people.
Straddling between Marche and Romagna,  it stands on a hill overlooking the Adriatic sea on one side  is the valleys on the other.
During the Middle Ages the fortress is one of main theaters of the clashes between the Papacy and the Houses  Marche and Romagna.

The castle of San Leo:

The impregnable stronghold quoted by Dante in IV canto  of the  Purgatory, it hosts and collects various exhibitions related to its great and important history: from the collection of weapons dating back to 1500 to those of the First and Second World Wars; from the instruments of torture to the replica of the fresco of Vasari which represents the taking of San Leo by the Medici family up to exhibitions of contemporary works.

The Fortress of San Leo is mainly linked to the life of the famous magician and alchemist  Giuseppe Balsamo, Count of Cagliostro , mysterious and enigmatic “guest” of his prisons. 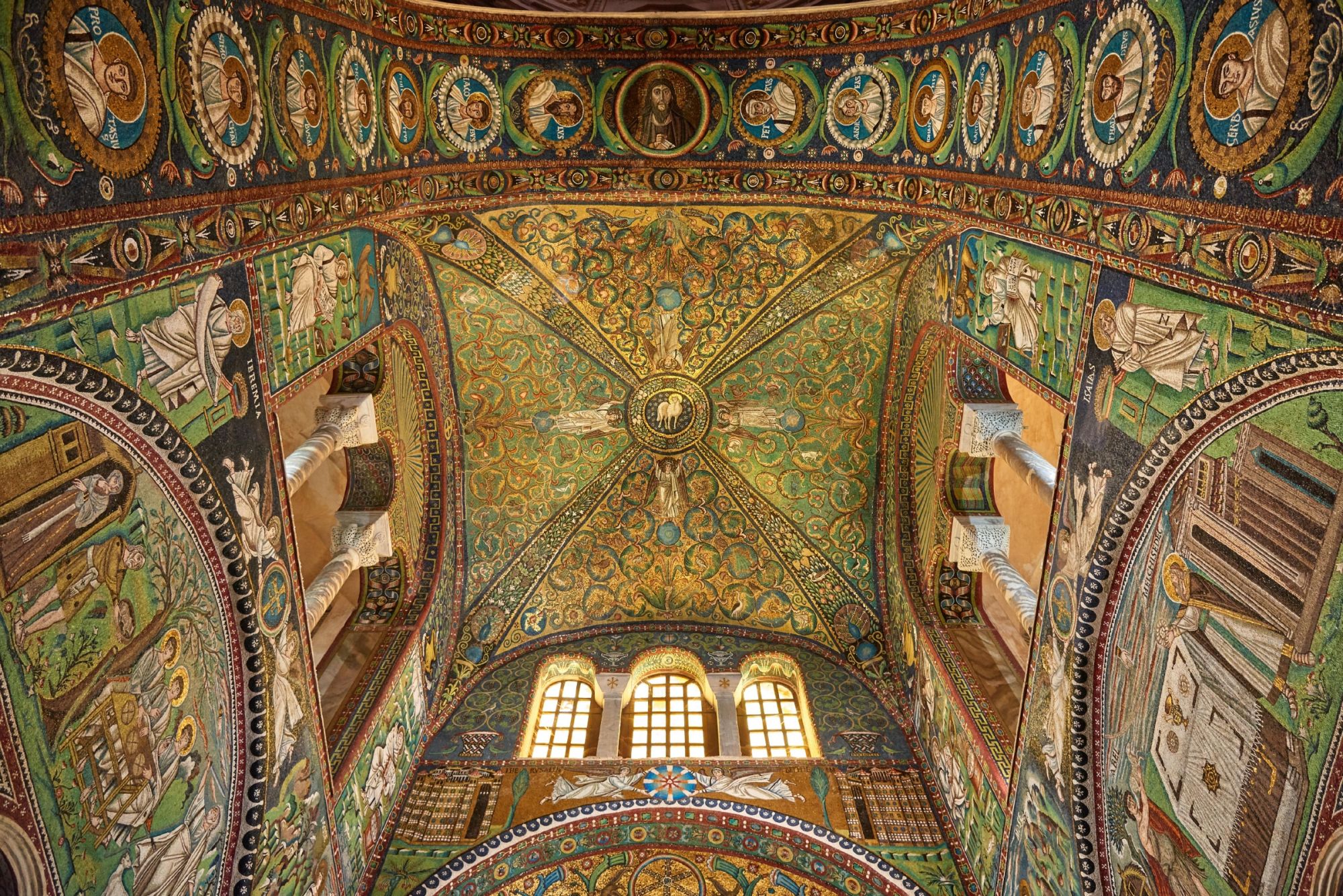 The city preserves the remains of Dante Alighieri  and keeps the memory alive with important manifestations.

Ravenna is a city full of art and culture . It is the city of mosaics, an ancient city, elected capital three times: of Western Roman Empire first, of the Gothic Kingdom under Theodoric then, and last of the Byzantine Empire in Europe.
The magnificence of that period has left a great legacy of monuments: eight buildings have been declared Unesco World Heritage Site .

Nice school! Wonderful, friendly, kind, teacher. Our group received a great conversation experience, the teacher has a special approach. A lot of pleasant experiences, talking is easy. I recommend if you want to practice English and also Italian.

I have to thank all the Tiberius staff because thanks to them I learned a lot in a short time, this was not just a school for me, I found myself in a family and I was lucky enough to find many friends too, the teachers were very good the lessons were always fun.

I recommend it to anyone who wants to learn Italian correctly. It was a pleasure thank you very much

For several years I have been visiting Italy taking the opportunity to attend Italian language courses. Tiberius, in my opinion, is the best school I have come to know, because they have a team of passionate and professional teachers. Participants are grouped according to language level, with pleasure considering suggestions and proposed topics.

My Italian improved markedly within a few days. The strength of Tiberius is the ability to dive into Italian culture, cuisine and society with schoolchildren and convey what it means to the good life. Depending on the length of the courses, many activities are offered for all ages, discovering Emilia Romagna as an Italian. Both the course and the people I met were fantastic and as soon as I can, I will return. See you soon!

Or in a nutshell: If you want to improve your language level in an efficient and playing way, spend a great time with great people and dive in in the italian way of life, then you are at right place with Tiberius school in Rimini. Moreover you have the unique opportunity to know a lot about history, culture, Italian cuisine and lifestyle around Emilia Romagna. Eg ‘i passi dei vini’ Just go and try it out und you will return home with a good feeling, memory and – last but not least – solid language knowledge! By Simon Torma, Vienna

The best language school I’ve attended! My teacher was Giulio. We had many fun lessons, and he personally helped me a lot. Thanks for everything Tiberius International

Tiberius school is extraordinary! It is a perfect place to study! The staff are delightful. The lessons are very interesting.

For me it was an unforgettable experience!

The best Italian language school I’ve ever attended! Welcoming staff, the teachers are very good !!! Those who want to study and have fun is the right place.

The experience was very good. They made me deepen in Italian grammar, which I had already studied in Barcelona, but above all they helped me a lot to speak Italian much better and to have a better Italian accent …

Respect to the teacher I had, Giulio, I must say that he is the best teacher I have ever had in my life … It is immediately clear that he does his job with great passion, and you pass this passion for Italian to students …

The school is very well organized, and they made me feel like I was at home … They organize many activities for students, which make learning Italian so easy …

Furthermore, Rimini is a beautiful and fun city, and all of Emilia Romagna is a fantastic area.

I can’t do anything other than give Tiberius school a 10! We would see you another time, sure! A big hug from Barcelona!